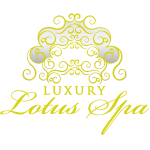 What are you doing today?

It’s #MLK day today is a day of service what will you be doing today? Hopefully you’re not just planning on staying home and catching up on your favorite #Netflix show.

If you can’t fly then run, if you can’t run then walk, if you can’t walk then crawl, but whatever you do you have to keep moving forward. – Martin Luther King Jr.

If you came here for a sale… Think again!! I’m not a fan of a “sale in celebration of Dr. Kings legacy” As a black women,  I think it’s tacky personally!! and most importantly, I think it goes again what Dr. king stood for!

MLK was for Racial Equality, Economic Justice, and stood against the exportation of the poor. He know one day, our nation would rise against bigotry and poverty. For this reason, I encourage you to go out and serve, remember what he was fighting for…. He was not fighting in hopes that one day, we would use today as a day to promote our own agenda.

So, How did Dr. King end up getting involved in Civil Rights?

That famous “I have a dream” Speech Dr. King gave… When did it happen?

What Should You Do Next?

Hopefully, you learned at least 1 new thing from the blog post today!! Now, go and book your new client consultation and facial with me! then, download your free ebook to help you jump start your journey to clear, smooth, and even skin www.LuxuryLotusSpa.com/ClearSkinChallenge

Our peels and treatments perform the following functions:

Uniquely, Luxury Lotus Spa is a Skincare Spa in Tampa Florida located near the University of South Florida (USF) we are within driving distance of the University of Tampa (UT). We specialize in treating acne, acne scars, and uneven skin.

WE SPECIALIZE IN TREATMENTS FOR:

In the same way, we are a Skincare & facial spa, we specialize in treatments for acne and acne scars, clear skin for melanin beauties. Equally, we know from personal experience how acne, acne scar, uneven skin, brown spots, and ingrown hair can affect your quality of life – they can hold you back from going after what you want in life.

Not to mention we are a facial spa in Tampa for men and women with darker skin tones. As a matter of fact, we provide clear, smooth, and even skin facials in the Tampa Bay area to help you live the life you deserve while looking and feeling confident and beautiful both inside and out.

Likewise, we understand beauty is a state of mind as much as a physical way of being. So, we exist to remind you: You are an original model, not a copy. God created you different for a reason.

Again… until next time, have a happy, healthy, and prosperous day

What should you do next?

About the Author Esther The Esthetician Nelson

I make make-up Optional. I help my clients see how beautiful they are from the inside-out. Using my pair of magical wands, I heal acne scars and build self- esteem. For some, problematic skin can hinder them from the dream, career, or relationships they desire My goal is to help black/brown skin women know that they can rise above acne scars and have glowing healthy skin after all Bringing the results of a med spa paired with the relaxing atmosphere of a day spa. ------- I’m a Certified Skin Care Specialist, licensed aesthetician, and nail technician. My journey to becoming a beauty expert goes back to 2010 with my own personal struggle with acne. It is through my work learning how to first improve my own skincare, and then my passion to bring this knowledge to others, that I came to truly understand this guiding principle: Beauty is a state of mind as much as a physical way of being...

#4 HOW TO CLEAR INGROWN HAIRS IN THE CHIN AREA

How to design a regimen for clear, smooth, and even skin

Skincare advice for the most important men(brother, father, son) in your life.

Monthly regimen for clear smooth, and even skin based on your skin type and goal

Step By Step Weekly Regimen for Clear, Smooth, and Even Skin

Step By Step Daily regimen for clear, smooth, and even skin

#4 HOW TO CLEAR INGROWN HAIRS IN THE CHIN AREA

Please log in again. The login page will open in a new tab. After logging in you can close it and return to this page.

Be the first to know! + $20 Gift Card Delivered in your Inbox Instantly